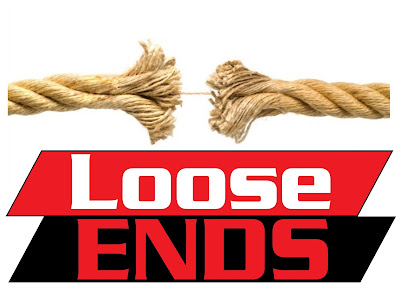 Conan O'Brien gave up his TBS show last week.  He's headed for the HBO streaming service.  I can't say I was ever a huge Conan fan, although I did feel NBC hosed him eleven years ago.  He was never really given a chance to make the "Tonight" show work.  I do think Conan matured in to a decent host,  improving markedly when he stopped trying to be funnier than his guests.

It will be interesting to see what happens to Conan's sidekick, Andy Richter-- a very talented guy.  Andy hosted the pilot for a "$100,000 Pyramid" revival.  I saw the video.  He was great.  I hope better things are ahead.

Speaking of Pyramid, "Blacklist" had its season finale last week, and was crushed in the ratings by "$100,000 Pyramid" on ABC.  It was also Megan Boone's last "Blacklist" episode.  Boone is one of the prettiest women on television, but I stopped watching "Blacklist" years ago.  It became too bizarre, too dark, too gory, too convoluted and too confusing-- and I am a huge James Spader fan.

The Miami building collapse looked a lot like Oklahoma City, but without the truck bomb.  Both induced a sick feeling in the stomach.  My heart goes out to the victims and their families, plus the search crews and first responders.

Two thoughts on the Britney Spears saga.  First, it received way too much TV time.  Second, it was just sad to see an adult treated like a child.