It Doesn't Hurt to Ask 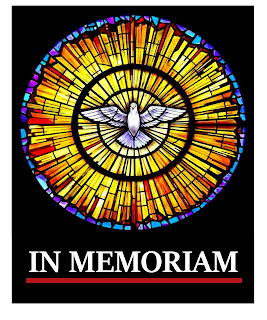 WDAU used to have a photographer, Jack Scannella.  He was one of the people who helped invent local television news.  WDAU became WYOU, and as he neared retirement several years ago, Jack did some on-air work, a piece called "Friday Flashback."  No one knew the station's film archives better than Jack and he would resurrect something fascinating every week.

Times change.  Jack retired.  I moved on to WNEP.

When Jack passed on a few years ago, WNEP's news director kindly and wisely decided we should mention Jack's death.  Jack was a pioneer and the man deserved to be recognized.

Because I knew Jack and I was a WYOU alumnus, the obituary piece fell to me.  It was an honor to write it.  I needed video and I didn't have it.

I asked a couple of former co-workers if there was a chance WYOU management would give me some video of Jack's work.  The response was the same from both:  no way.  News Director Rod Jackson was fiercely competitive, and he would never help the other station in town.

You miss 100 per cent of the shots you never take, so I emailed Jackson with the request.  Not only did Jackson give me more than I asked for, he sent a follow up email to make sure the electronic video file transfer worked properly.  It did.

Rod Jackson later moved to a station in Charleston, West Virginia.  That's where he died last week.  Cancer.  My sympathy to his family, friends and co-workers, past and present.

The morals of the story:  some people have a bigger bark than bite, and there are pockets of decency in a frequently indecent business.  Plus, it never hurts to ask.