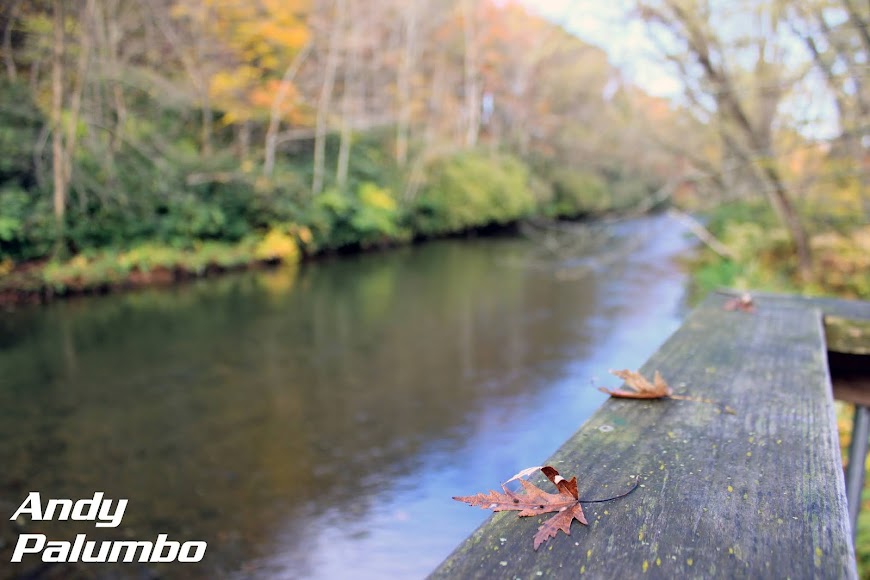 Andy's Angles: About the Cover 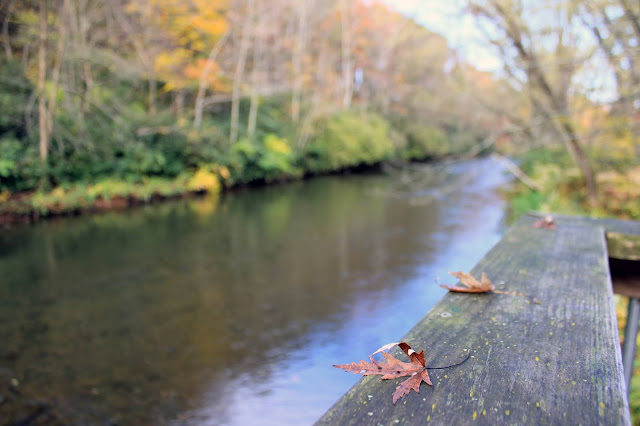 I finally got a chance to do some leaf peeping in late October, and even though peeping season is long gone, I decided for a pretty fall shot for the November header.

Several spots along the Lackawanna Heritage Trail are on my favorites, including this one.  The picture was taken along a fishing area near South Laurel Street in Archbald.

The focus is on the leaf that landed on the railing.  Sun and blue sky reflect off the water.  The rest is deliberately blurred, maybe overly so.

I attempted the same thing in the same place last year, and I thought last year's shot was slightly better.  Still, I liked this one enough to make it the November header.