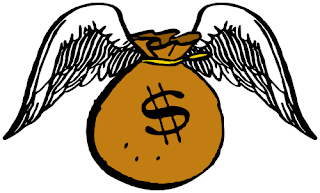 Scranton emerged from financially distressed city status last week after a thirty year ride, and I was there at the beginning.

My news assignment that day was to see if the Scranton problem gave the entire region a black eye.  Now remember, we see ourselves as a series of small cities, boroughs and townships.  Outsiders see northeastern Pennsylvania as a singular entity.  It's all one big region.

I went to a chamber of commerce in the area, not in Lackawanna County, to ask if Scranton gave the region a public relations problem.  I really should name the organization and the individuals involved.  They have all moved on, but that is for another time.  I'll have much more to say on this entire issue when the time is right.

Anyway, the people involved in this other C of C ran and hid.  A public relations person was sent out to decline any involvement.  I was told, not for broadcast, "It's their (Scranton's) problem."

And therein, dear readers, lies the problem.  It wasn't just Scranton's problem.  It's the biggest city in this part of the state and Scranton's problems are everyone's problems.  It was the perfect opportunity to positively spin this, something like, we are happy Scranton is getting its issues repaired and we will all be stronger as a result.

I'm sure there was another factor at play.  The C of C I consulted didn't want to be seen as saying something negative about another entity.  Thou shalt not speak ill of other residents of the Ivory Tower.

Scranton might be out of its distressed city status.  The region's other problems haven't gone away.