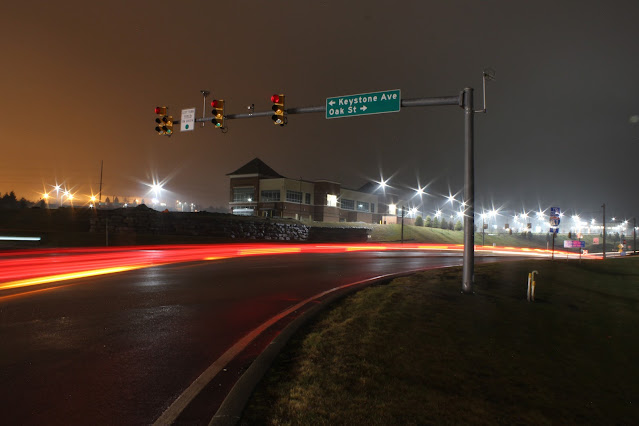 I had a January header set to go, but I thought I'd take one last New Year's Eve morning ride with the camera at my side to see if I could get something better.

Yes, I'm beginning the new year with one of my long exposure shots. 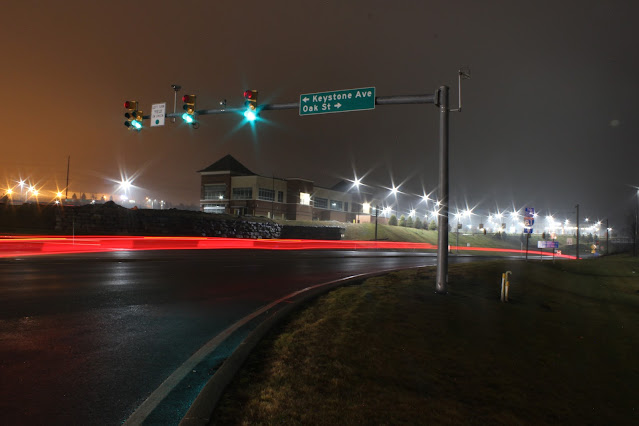 This is where Oak Street and Keystone Avenue meet Route 315 in Pittston Township.  I took the photos a little after 3 am on December 31st.  Apparently, one of the businesses inside the industrial park was doing a shift change there was a fair amount of traffic for the middle of the night.

It was a foggy morning and a deliberately underexposed, trying to avoid getting blown out by the bright parking lot lights on the other side of 315.  The aperture was closed down as far as it could go, and that's why the lights have the neat starburst effect.

If you're familiar with the intersection, I'm on the sidewalk at the park and ride lot.  Notice the building with a peaked roof across the street.  It's still under construction and it looks like the parking lot there will afford a great vantage point to view the traffic that enters the intersection.