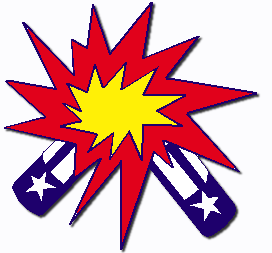 A bill limiting fireworks use is working its way through the state legislature and this one stands a pretty good chance of making it to the governor's desk.

After reading it, it appears to be rather toothless, but as the anti fireworks people might say, something  is better than nothing.  By the way, a much stronger bill has been stuck in committee for several months and it will likely die there.  A legislator from the Lehigh Valley regularly updates me.  I've tried to pin down my local representative on the issue, but that seems to be impossible.

Fireworks legalization has been a nightmare for police, firefighters, pet owners, veterans, and a long list of others.    Legislators saw a fast stream of tax revenue, giving them more money to spend, so legalization saw an easy path to reality.

Unfortunately, people haven't been following the law-- setting off fireworks in heavily populated areas, destroying the quiet and starting fires.

How can I expect police to keep the fireworks peace when they can't even keep ATV's out of my neighborhood?

You might as well take that new bill, wrap it around a rocket and blast it off in to the atmosphere.