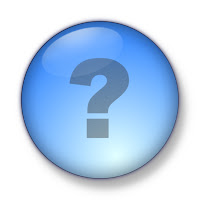 It was a day like most others. I spent a fair part of it searching for information, on television, in print, and on line. When I was done, I had to look at my calendar on the wall. I had to double check. Yes, it's 2009, even though it looks and smells a lot like 2008.

Another Catholic school is closing. This time, it's St. Vincent's in Honesdale. Parishioners in the Diocese of Scranton are waiting to hear what churches are shutting down this year. They're on pins and needles, much like they were in the Allentown Diocese last year.

More newspapers are downsizing, in terms of the number of people on the payroll and the size of the product. The country's biggest radio company just laid off nine per cent of its work force, about 2,000 people. It's rough out there.

A distribution center in our area announced plans to close. Hundreds of people are losing their jobs. Yahoo! News has a list of retailers that will severely downsize or close altogether, and there are some really big names involved.

Gasoline prices are inching back up. It's always a shock when you open the envelope containing the monthly natural gas bill. Electricity is next.

Several reform bills were introduced in Harrisburg, again... where they will die, again.