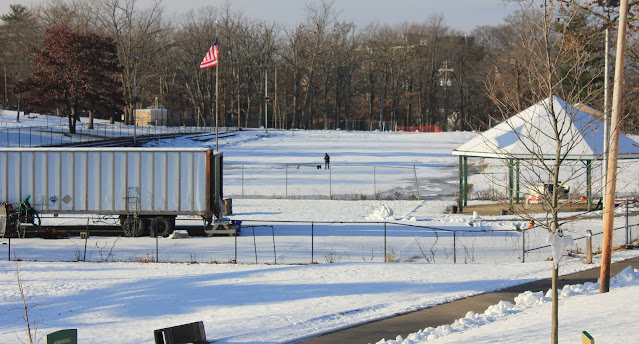 Scranton filled in the leaky pools at Nay Aug Park months ago, and that makes me sad.  As I'm writing this, there are some ideas being kicked around for water based recreation here, but nothing is written in stone, yet.  There is great debate over splash pad vs big pool.

But, look carefully, in the middle of the photo above.  A man is playing with two dogs in what used to be one of the pools.

At least, the space isn't being wasted.

Andy's Angles: Winter in the Park 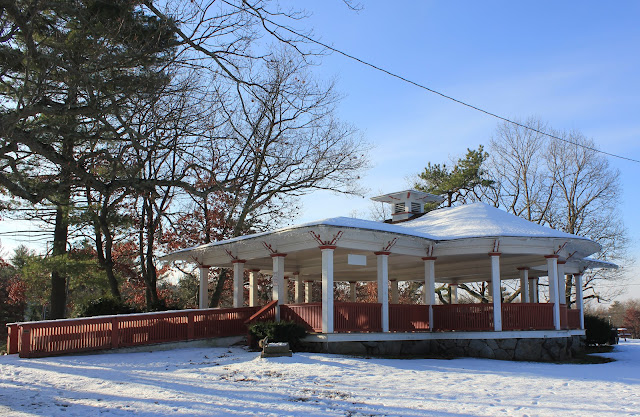 It's hard to believe, and nice to know that we've finally entered February, the last month of meteorological winter.

I had a recent expedition, looking for the beauty of the winter season and there is plenty out there.

Above is one of the pavilions at Nay Aug Park in Scranton.  The leaves are gone, but the evergreens are, well, ever green.  It won't be long before people are playing music here and using the pavilion's shade to get out of the hot summer sun. 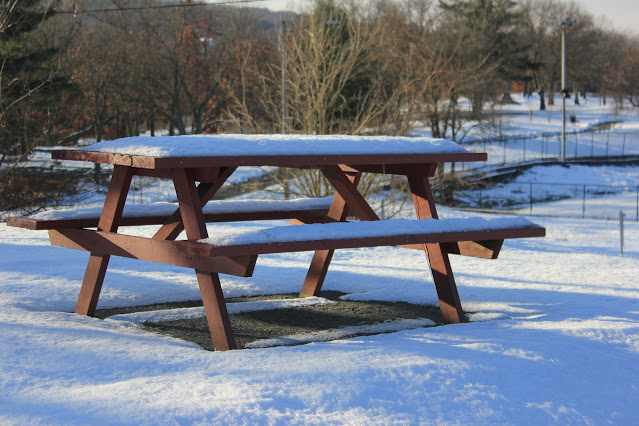 And there will be happy families, having lunch or dinner here.

Yes, winter has its beauty, but I'm ready for spring. 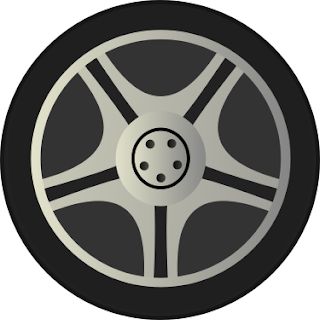 I've spent a fair amount of time here complaining about bad products, made here at home and abroad.  Today, it's just the opposite.

This all started in early November.  A car dashboard sensor came on, indicating I needed air in a tire.  No big deal.  I have a tire shop close to me that offers air for a free.  A mini mart chain does the same thing.  A quick squirt, and I was on my way.

As an aside, I know it costs money to keep an air compressor running, but the price some mini mart chains and gas stations charge is outrageous.  Stop it.  Stop it now!  Do something nice for customers.  Anything more than 50 cents is robbery.

Be that as it may, I've been airing up this tire every couple of weeks.  Late November and December was a busy time for me.  I should have stopped at a tire shop.  I didn't.  Now, the air experience was going from twice a week to once a week.

I checked the forecast.  Trends are changing.  Cold weather, very cold weather, is on the way.  Snow, too.  The last thing I wanted was a flat in a blizzard.

Monday morning, I called the tire shop where I bought them, and made an appointment for the afternoon.  Diagnosis:  nail.  40 minutes later, I was back on the road.

Here is my point.  I'm amazed that I was able to drive around with a nail in my tire for three months, with only a few pumps of air getting me through.  In the old days, a nail meant an instant flat. 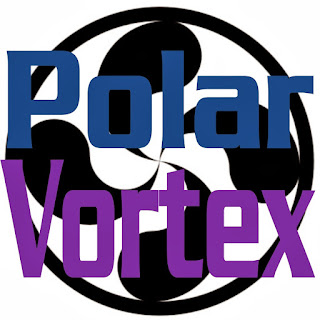 I finally get to get to reuse the Polar Vortex graphic I first created in January of 2014!

The Polar Vortex makes a return to our area tomorrow.   Well, not really.  My team of meteorological experts tell me a nasty cold snap is not the Polar Vortex.   Temperatures will be below normal, for a change, this winter.  The wind will make it feel even worse.

We were due.  Most days have been mild, by winter standards.  Snow drought.

As I've said before, I can deal with the cold.  Snow is something different.  It's dangerous.

Relief is on the way.  We'll be back in the 40's in a few days, and it will be interesting to see if the winter ends as it began. 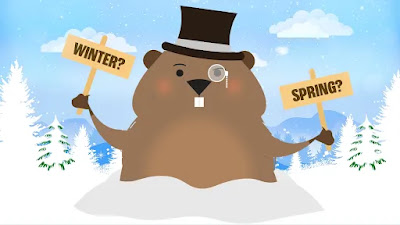 Tomorrow is Groundhog Day in Punxsutawney.  Many other places have their own version, and that's cool.  Tomorrow marks the half way point of winter, but if you look at the three coldest months of the year as December, January, and February, that half way point came and went two weeks ago.

I remember thinking it was real serious stuff, with scientific merit, when I was a kid.  Now, I understand that is not the case.  Still, it's nice when Punxsutawney Phil predicts an early spring.  Even a forecast of six more weeks of winter is no big deal.  We always get that, anyway.  Former coworker and current friend Tom Williams always used to say it doesn't become nice and stay nice around here until early June.

It is a nice little boost when Phil forecasts an early spring, even though it doesn't mean much.  The winter, so far, hasn't been anything to complain about.  We've had mostly above normal temperatures and very little snow.

No matter what Phil says, keep the puffy coat handy for another couple of months. 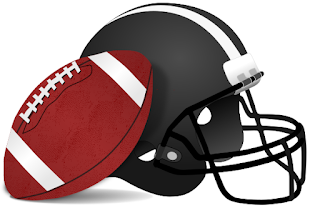 Championship Sunday has come and gone.  The Super Bowl line up is set.  Philadelphia vs Kansas City.  The odds makers believe it will be a close game, and I'll have my pick on February 10.

Today's topic is the AFC and NFC championships.

If Buffalo made it out of the divisional round, and because of the game where Damar Hamlin was badly hurt, a potential Kansas City/Buffalo AFC championship game would have been held in a neutral site, in this case, Atlanta.

Tickets sold fast, but it was all for naught.  Buffalo lost to Cincinnati, and that set up the Sunday night contest that sent the Chiefs to the Super Bowl.

Color me intrigued.  The neutral site game was set up as a mini Super Bowl.  It likely would have been played after my bed time.  I did see it as a cool concept.

Apparently, people at the NFL offices on Park Avenue in midtown Manhattan agreed, and the league is said to be considering moving the NFC and AFC championship games to neutral sites in the years to come.   Like everything else involving the National Football League, follow the money.  Increased TV ratings mean a higher cash flow.  Potential host cities would bid on the games, sending even more cash to the NFL.  Much like the Super Bowl, there would be ancillary events connected to the games-- concerts, festivals, shows, etc.  Radio stations would broadcast from the host cities in the days leading up to the game.  Publicity, exposure.

The AFC games could be held in NFC cities and vice versa, to reduce the chances of a "home" game for one of the teams.  I'm sure they would be played in warm weather cities, or domes.  That takes bad weather out of the equation.  Fairness.

On the down side, there has to be some advantage to being top seed, and a home championship game is the best way to do it.  Plus, you hate to see home town fans screwed out of a game.  Not everyone can afford to jet off to another city to watch football.

In the end, I favor keeping things as-is, but I think the NFL will experiment for a year or two. 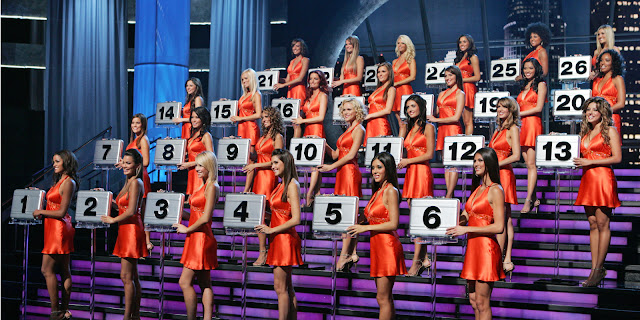 My friend, the Prospector, on Rock 107 does a bit where he asks "Am I a jerk?"  It is essentially awkward situations and his response to them.  Listeners weigh in on whether Prospector did the right thing.  It's a fun segment.

My version today is "Am I an awful person?"

Let me digress.  I give money to charity.  I'm kind to old people and animals.  I hold doors open for people behind me.  I say please and thank you.

Catching reruns of "Deal or No Deal" is occasionally part of my agenda.  GSN runs old episodes at noon.

Here is why I ask if I'm an awful person.  If a contestant doesn't take a reasonable early offer, I root for them to knock out the $1 million dollar briefcase and the other high amounts.  There is no law against making money in this country, but I detest greed.  I enjoy watching those contestants lose, and go down hard.

I had a stock broker, now retired, many years ago.  She always said "You will never be sorry if you take profits."  My history was selling off early with a decent profit.  I could have made more if I kept some stocks longer, but I was satisfied with a nice gain.  I was a risk taker, but not an outrageous one.  A little bit of something is better than a lot of nothing. 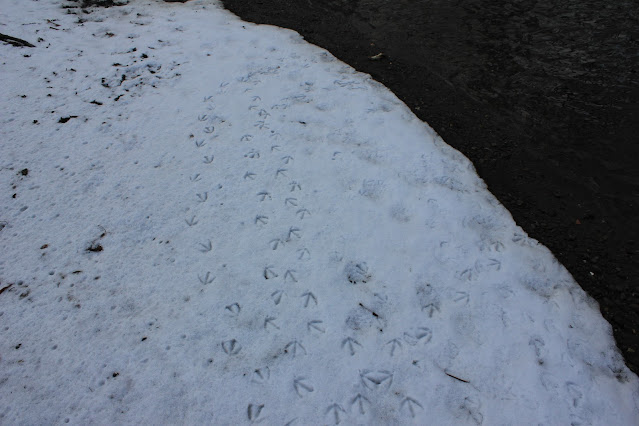 This is another shot from my recent trip to Sweeney's Beach in Scranton, and another attempt to be artsy.

The ducks swam downstream in the Lackawanna River as I arrived.  They left their tracks behind-- little arrows in the snow. 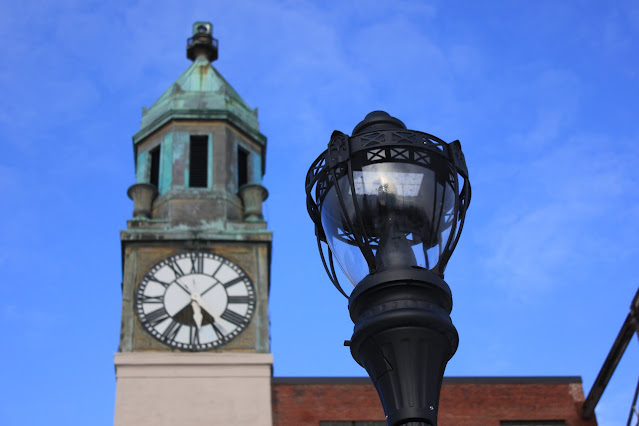 It's been a long time since I inflicted some of my artsy photos on you.  Cut me a break!

This is a recent shot of one of the new, but old looking, light fixtures outside Scranton Lace.  The clock/steam whistle tower is deliberately blurred in the background.  I had the aperture opened up all the way and went manual focus.  Still, I wish I got the tower blurrier.

The goal-- the juxtaposition between the old and new at one of the biggest projects in the city, in a long time. 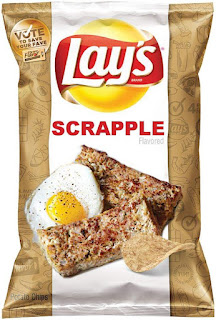 Ray Charles' "Hit the Road, Jack" is one of the best songs of all time.

Reminders this week that winter will be with us for a while longer.

I've been a Natasha Lyonne fan, going back to "The Slums of Beverly Hills."  She has a new streaming thing.  I'm not a streamer, but I hope the show does well.

The Brock Purdy thing is one of the best stories of the current NFL season.

I really have no sentimental favorites for this year's Super Bowl.  I have a feeling it will be Philadelphia versus Kansas City.

Big layoffs in the tech industry.  That frightens me.

ABC's Cecilia Vega jumped to CBS and "60 Minutes."  I think it's just a matter of time before she's anchoring the evening news.

I was surprised to learn Pennsylvania is up to 17 casinos.  I would have guessed about a dozen.

The world is beginning to figure out Tony Romo is a mediocre broadcaster, at best.

I like eggs.  I hate paying high prices for them.

It's hard to believe it's tax time already.

Is there anything more cute than a penguin?