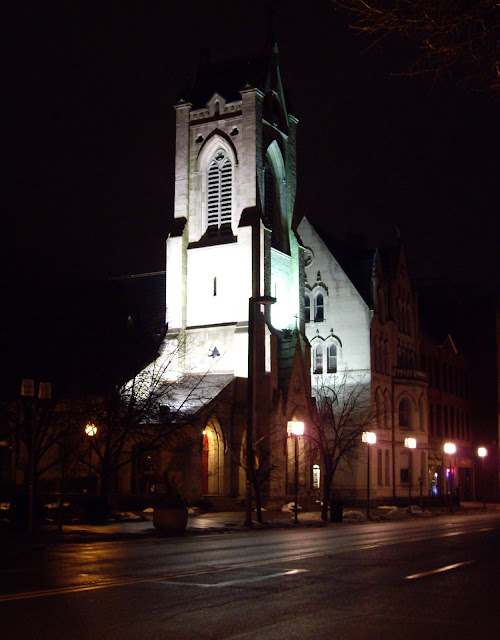 I was playing around with my camera on a recent morning.  This is St. Luke's Episcopal Church on Wyoming Avenue in downtown Scranton, one of the nicer downtown buildings.

The 200 block of Wyoming Avenue was a mess for years.  It appears to be in a state of transition.  An older building, on the corner of Linden Street was demolished and is awaiting new construction.  A long vacant furniture store in the middle of the block has been transformed into some rather nice office and retail space.

The west side of the street still has several issues-- vacant storefronts and a couple big lots waiting for something to happen.