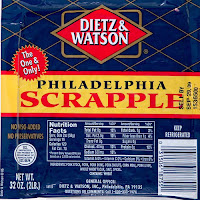 CBS is blowing up its Philadelphia classic rocker, WYSP, to simulcast an AM sports station.  While it's sad to see a legendary station go away, sports talk on FM is the new "in" thing.  CBS has done it, successfully, in a few other big cities.

The NFL has moved the kick off spot to the 35 yard line.  It's made the game safer, but boring.

I will be afraid to open my monthly financial statement in a couple weeks.

I've been reading a few more things about people concerned over the size and seriousness of the Little League World Series.

I'm not a fan of later sun rises, but the earlier sunsets don't bother me. Yes, I know I'm in the minority.

I know it was only for two days, but it was nice to see people excited about the Scranton/Wilkes-Barre Yankees for a change.

TLC has canceled "Kate Plus 8."  It's time for that woman to just go away.

Speaking of creepy, USA Today reports Burger King is ditching the "King" character from its commercials.  I like BK, but those ads did nothing to get me in the doors.

So, the Miami football program is dirty.  Is anyone surprised?