Out of the Tube 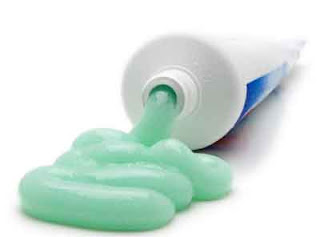 Whether or not it actually played a role, the Arizona shootings are forever linked to nasty partisan politics,across the spectrum.  There is no changing that.  There is no going back.  The toothpaste is out of the tube.

That brings us to Tuesday's op-ed piece in the New York Times, authored by former Rep. Paul Kanjorski.  It was well done, well written, well reasoned, and I enjoyed reading it.

In the NYT piece, and other interviews Kanjorski has given, he's called for a return to civility in American politics.  Can't argue with that.  Right?

Well, let's give it a little more thought.  Kanjorski "approved" some of the nastiest campaign commercials in the history of northeastern Pennsylvania.  They were designed to smear opponents, and scare seniors and veterans.

To be fair, Kanjorski was hit with as much mud as he threw.

And, let's not forget Kanjorski's October comment that a health care legislation opponent and candidate for Florida governor should be shot.  Did Kanjorski really mean that?  Of course not.  Kanjorski is a smart man who used words poorly and unwisely on that particular day.