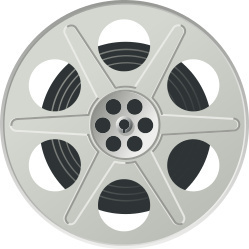 I haven't been to a movie theater in years, and that's odd.  There was a long span where I saw a couple films a month.  I don't know if I changed, or Hollywood did.  I suspect it's a combination of both.

A new "Three Stooges" movie comes out today.  I shouldn't condemn something I haven't seen, but my gut feeling here is there are some things that should never be re-made.

Film critic Roger Ebert gives "The Three Stooges" two and a half stars, which isn't bad, but he too questions the need for the movie in the first place.

I saw the first three "American Pie" movies.  The first one was cute.  The other two were dreadful.  In spite of bad reviews, I do have a bit of a curiosity about the new "American Reunion."

James Cameron's "Titanic" has returned in 3D.  People who saw it, loved it.  I've caught bits and pieces of the non 3D version on TV.  It's really not my thing.  I think I know how it ends.  Anyway, Cameron has been spending a lot of time on Titanc expeditions.  Like the Kennedy assassination, the Titanic will always carry loads of fascination.  We should learn how and why it happened.  However, 1,500 people died there, and endlessly poking around the wreckage is like marauding through a cemetery.  I don't like it.
AT 12:00 AM