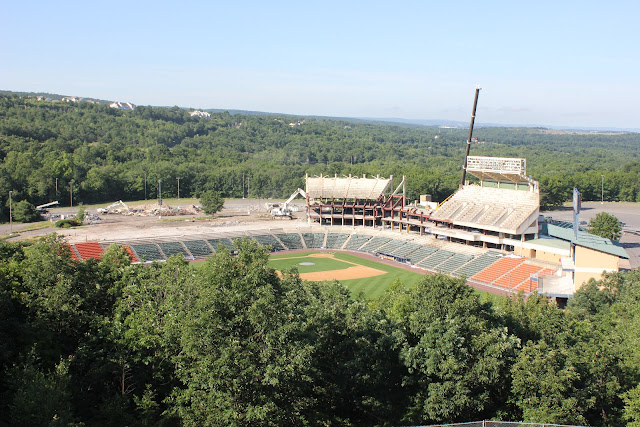 After the project nearly crashed and burned, the demolition of Lackawanna County Stadium began in the late spring.  This photo was taken in mid June.

What made it happen?  State money and the sale of the team to the organization that presided over huge attendance declines in recent years.  The team's new president promises things will be different when the new stadium opens in April.

The team will have a new name and logo-- a porcupine RailRider.  As noted last month, ugh!