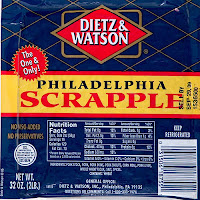 Of all the catastrophic weather events out there, tornadoes scare me the most.  Other than running for cover if you see one approach, there's nothing you can do about them.

Can someone please explain to me why Yahoo! thought Tumblr is worth $ 1.1 billion?  Do you know anyone who has a Tumblr account?

I'm glad I bought the big bottle of Benadryl a few weeks ago.

I didn't realize "Good Morning America" had been beating "Today" for nine months.

The only time I bought a Powerball ticket was when I was doing a story on the game several years ago.

More government scandals:  IRS, Benghazi, questionable eavesdropping...  Will the people we put in power ever learn?

Why does every high school and college commencement address sound the same?

At one time, I would have been thrilled Robin Williams is doing another sitcom.  Now?  Meh.  I'm mildly intrigued, at best.  I'll give it a shot in the fall.

I've been watching some old George Carlin routines on You Tube.  The man was a genius, and no one today even comes close.

Luzerne County's web site crashed Tuesday night, under the weight of election returns.  The election board's solicitor was quoted as saying he liked the results being posted the old fashioned way, at the courthouse.  Another county official refused to provide the numbers to television stations.  It's outrageous behavior, and what makes it even more sad is they will get away with it.
AT 12:00 AM