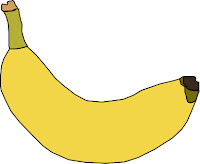 In my view, it's often harder to be the second banana than the lead guy.  You have to be the master at the art of the set up.  You have to know when it's time to step back.  You have to learn when to load the gun, only to let someone else pulled the trigger.

Frank Gifford died Sunday.  He was best known for his role on ABC's Monday Night Football.  Most of his 27 years there was spent in the play by play chair.

Gifford will never go down as one of the industry's greats, but he was a darn fine set up man.  He got the crew in and out of commercials, down, distance, time left.  Frank Gifford knew how to get out of the way of  Howard Cosell and Don Meredith.  It's not as easy as it looks.

While Gifford as an individual might never be remembered as a stellar broadcaster, the Monday Night team will go down in history as one of the most popular of all time.  ABC Sports president Roone Arledge knew he had to make Monday Night Football a spectacle, rather than just a football game, if it was to succeed.  Those three made the evening interesting, even if it was a bad game.  In fact, the bad games made for a better TV show because it gave Cosell and Meredith more room to talk.

Frank Gifford should get a lot of credit for making the whole thing work.
AT 12:00 AM