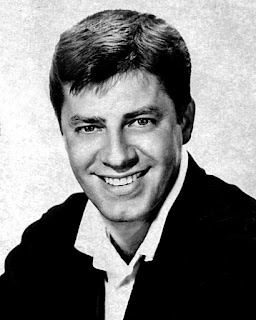 Like everyone else in America, I was saddened to learn of the death of Jerry Lewis.

I can't say I was a fan of his movies of his slapstick, but there was much more to Jerry Lewis.  I'll bring out two things here.

The first is Lewis' acting chops.  He had talent.  I simply point to Lewis' performance as Jerry Langford in 1982's "The King of Comedy."

The second is Jerry Lewis' work for the Muscular Dystrophy Association.  He was there, every Labor Day for weekend, for decades.  The telethon lost a lot of its luster, its fun, when Lewis cut back.  There was great enjoyment in watching how Jerry held up during the Sunday night to Monday afternoon marathon.

I will admit to something that really bugged me.  There was a span of years when Jerry Lewis would make a pre telethon appearance on Larry King's TV show.  I can quote one appearance exactly, and he said basically the same thing in others:  "Larry, we're close."  Lewis meant scientists were close to finding a cure for muscular dystrophy.  King, one of American broadcasting's most overrated interviewers, would never challenge him, never ask a follow up question.  The truth is,  tremendous strides have been made.  Close?  Sadly, not yet.  I pray that changes soon.  I suspect Lewis said the "close" thing to generate telethon interest and goose donations.  You can decide if the end justifies the means.

Lewis' critics claim he was condescending to muscular dystrophy patients.  I didn't see it, but then I'm again, patients would have a different perspective on Lewis' behavior.

Jerry Lewis helped raise $ 2 billion during his 40 years of telethons.  History will be exceptionally kind to him, as it should be.