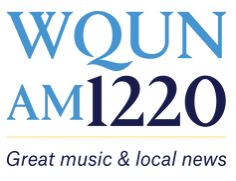 Quinnipiac University owns AM 1220 in Connecticut.  The university operates it as a commercial radio station.  The news came down last week.  Quinnipiac is shutting down the station at the end of May.  The reason?  "A steep decline in students considering a career in radio or wishing to intern at the station."

It's part of a self fulfilling prophecy for the industry.  Pull in programming from satellites, voice track, automate, kill local news and community involvement.  When you take the human element out, fewer humans will want to get in to the business.

I can see more college radio stations going off the air.  I can see some colleges and universities dropping broadcasting programs.  I am thankful there are still some vital college programs in this part of the state.  I pray it stays that way.

WQUN was 1,000 watts during the day, 305 at night.  I doubt it had a huge audience.  That's irrelevant.  A voice goes silent, a place to learn what can be a wonderful occupation will disappear.