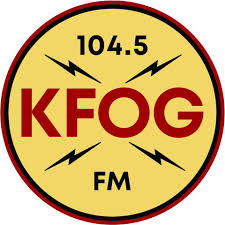 I've always been a radio junkie, and that hasn't changed.

Something happened last week that bugged me.

I have a great sense of radio history, and legendary stations, including KFOG in San Francisco.  For years, KFOG was THE rocker in northern California.  It set trends and influenced bands, record labels and listeners.  After a series of owners, the format evolved in to something called "alternative."  The ratings shrunk-- a lot.  Those ratings were a fraction of the old days.

The bomb dropped last week.  KFOG would become a simulcast of an AM all sports station.  The switch happens this coming weekend, just in time for the start of the NFL season.  NO!  It can't be!

I know broadcasting has the golden rule:  "If it don't pay, it don't stay."  Believe me, I've seen that first hand over the years.  I'm sure KNBR AM will benefit greatly from being on the FM band.

I also believe that, while there are some lost causes in broadcasting (seen those too!), there are situations that can be fixed.  With some tender, loving care, KFOG could have been a ratings force again.