Enough Blame to Go Around 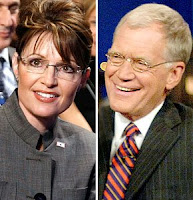 David Letterman made a crude remark about one of Sarah Palin’s daughters last week. Letterman joked that the daughter got “knocked up” at a Yankees game during mom’s visit to New York.

Letterman said he meant the 18 year old, not the 14 year old who was along on the trip.

No matter which child Letterman meant, it was wrong. I’m no prude, but the kids should be off limits, especially when it comes to tasteless sexual humor.

On the other hand, and you knew it was coming, Palin dragged her children into the spotlight. We saw them during the campaign. We saw them on the TV talk shows after daughter Bristol had her baby. Some will argue that Palin made her own family fair game.

And if that isn't bad enough... Letterman is using the controversy for ratings while Palin is using it to get on television as often as possible.

Both Palin and Letterman should have known better. 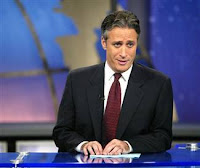 And, while I’m on the subject of late night television, did you see the Daily Show the other night? Jon Stewart interviewed CBS Evening News anchor Katie Couric. Well, it really wasn’t an interview. All Stewart did was insult the size of Couric’s audience, and its age. All the evening news broadcasts attract a slightly older demographic. 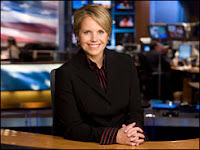 Couric took it all in good spirits, while all Stewart did is show he’s a horse’s rump. I guess if you go on a show like that, you should know what to expect. Still, it was disrespectful and rude.
AT 12:32 AM