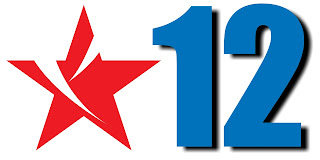 I didn't realize it until I watched ABC's "This Week" yesterday morning.  Yesterday marked 100 days until November's presidential election.

Most polls show the popular vote is still too close to call.  It looks like Obama has a bit of a lead over Romney when it comes to electoral votes.  The consensus is that the race is up for grabs.

Big factors in the weeks to come will be, of course, the economy, the debates, and if one of the candidates makes a major foot in mouth mistake.  Interesting times ahead.

"This Week" also had a clip of an interview with former Vice President Dick Cheney, who said John McCain's choice of Sarah Palin as a running mate four years ago was a "mistake."  That brings us to the choice facing Mitt Romney.  More conventional wisdom:  a close race means a safe choice.  If he was trailing, there would be another attempt at a Palin style game changer.

Well, the race is close, so it looks like either former Minnesota Governor Tim Pawlenty or current Ohio Senator Rob Portman.  ABC's Jonathan Karl said his sources indicate a choice is coming soon.

By the way, CBS News announced yesterday that the one hour "Face the Nation" experiment was a success, and the broadcast will be one hour until the end of time.  From everything I've read, Bob Schieffer seems to be a nice guy and a true professional.  It's a good broadcast, and yesterday's Penn State discussion was especially interesting.