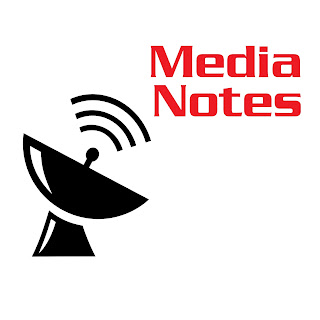 The first weekend of the summer Olympics has come and gone, and I don't think I've watched more than 15 minutes of it.

Opening ceremonies have become a festival of tediousness and silliness.  It's excessive.  It's overdone, and it's plain boring.

The vapid Ryan Seacrest has been added to this year's coverage.  There's no need to say anything more.

I'm actually going to defend NBC for a moment.  Because of the time difference between the USA and London, most of what you see in prime time is on tape delay.  NewsFlash:  When sports is on tape delay, it stops being sports.  It becomes a television show.  NBC, according to USA Today, botched it several times by giving away the results before the "show."  There are spoilers over the internet.  We live in the information age.  There's a good chance you'll know the ending of the "show" before it actually airs.  Stop complaining and deal with it.  It's just a game.

Overall, it's NBC's tone that really sticks in my craw.  It drips of relentless reverence.  It's also painful to see the news division hype the games to no end.  Yes, I'd expect similar behavior if ABC or CBS had the rights.

Speaking of CBS, just seven months after blowing up its morning broadcast and starting all over again, the network is making another change.  Erica Hill is out.  Norah O'Donnell is in.  I liked Hill.  CBS This Morning is the newsiest of the three network morning broadcasts, so when I'm around a TV in the morning, I usually punch it in to see what's going on.  It's not a bad show.

CNN should be the news choice in the morning.  It recently added ABC's John Berman to the mix.  However, I can't get past Soledad O'Brien-- one of those "it's all about me" broadcasters I loathe.

CNN President Jim Walton announced he's leaving at the end of the year.  Ratings are way down, but profits remain strong.  As noted here before, CNN is spending all its time trying to be another MSNBC or FOX News Channel.  Mistake.  Do the news.  Do it well, and try to develop watchable anchors, as opposed to the current cast of characters.

As noted here before, I occasionally twist in some talk radio to see what topics are hot here in our area, and I always leave disappointed.  Yesterday, a caller advocated a boycott of ABC's Good Afternoon America because it was replacing her beloved General Hospital.  Incorrect.  The erroneous assertion went unchallenged by the hosts.  I called the station to tell the morning show producer that Good Afternoon America is a summer replacement show.  General Hospital moves to 2 PM in September, followed by Katie Couric's new talk show at 3 PM.  I don't know if the error was ever corrected.  I moved on.
AT 12:00 AM