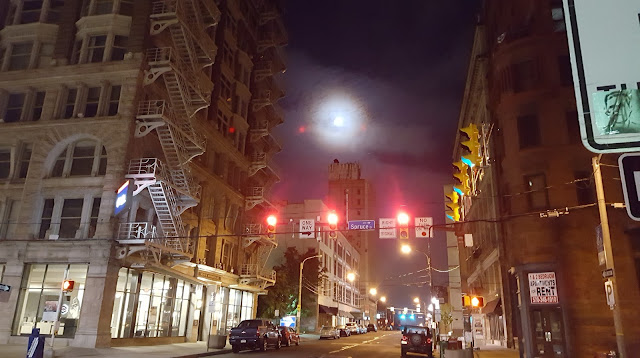 It was a chilly late May morning.  I was playing with my camera phone between live shots on a court case.

Partly cloudy skies and a full moon added up to what you see here.  It's shortly before daybreak, looking south, down North Washington Avenue, near the Lackawanna County Courthouse.

It wasn't the "super moon" we saw in November, but it was close.

A quiet city, with the full moon offering even more light to the silent streets below.

The roar of controversy fills this space tomorrow.
AT 12:00 AM