The Art of Radio 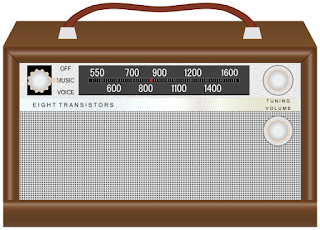 It is with mixed feelings that I discuss the death of Art Bell.  The radio talk show host died Friday at the age of 72.


Bell trolled the overnight hours, and for a while he was big.  500+ radio stations, 15 million listeners per week.  There wasn't a UFO or conspiracy theory he didn't like and embrace.


I tried listening several times, to see what the buzz was about.  I just didn't get it.  To be brutally honest with you, he seemed nuts.  Every theory got on the air, most unquestioned by the host.  You could say anything, assert anything, and get away with it.


I love the First Amendment.  There is no bigger defender.  Bell had the absolute right to do his thing. Radio stations had the right to point their satellite dishes to the signal coming from to Art Bell's Nevada trailer.


On the other hand, there is a big part of me that thought it was irresponsible for so many radio stations to give so much time to someone I really viewed as unstable.


The overnight hours are currently filled with radio shows of a similar genre.  They are popular.  I get that.  Radio is still a "mass" medium.  You program what believes gets the most listeners and makes the most money.  Me?  I'm listening to news, classic rock or sports talk.


Even though Art Bell wasn't my thing, my sympathy goes out to his family, friends, and fans.