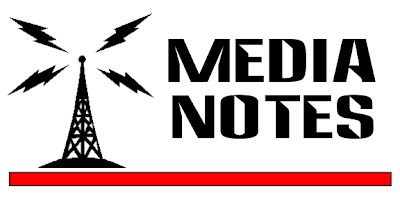 I had no problem with the royal wedding, in and of itself.  The news coverage last week?  Clearly excessive.

XM and Sirius are changing a ton of channel numbers this week.  I expect days and days of confusion.

Co-worker Bob Reynolds celebrated a birthday last week, and I hope it was a good one.  Bob is more than a colleague.  He's a friend.

Speaking of friends, David DeCosmo has entered the blogosphere.  Click on his name for the link.   David was one of the people who helped me find my way when I was a young radio pup, and he was a great guy to work with when we were at the old WYOU.  I'm looking forward to his posts.

Good news:  former WBRE anchor Lauren Rowe (She was Lauren Perkins here.) is working in Orlando.  She recently had surgery for a thyroid tumor.  The tumor is benign, and no further treatment will be necessary.

Memo to the daily and weekly newspapers that inflict "The Office" stories on us every day:  The show isn't funny.  The ratings are mediocre, at best.  It's set in Scranton.  We know.

President Obama released his birth certificate last week.  I'm not passing judgement on the "birther" issue, but I'm struck by the degree of hatred exhibited in the media by both sides.

I know a lot of people dislike him, but I really enjoyed watching Geraldo Rivera the other night on FNC.  That's a man who still has a passion for the job, even after decades in the biz.  I'm partial to ABC for obvious reasons.  However, I thought all the networks did a good job Sunday night and Monday morning.

Scott Pelley might not have Katie Couric's star power, but he is likely just what the CBS Evening News needs-- stability and credibility.
AT 12:00 AM