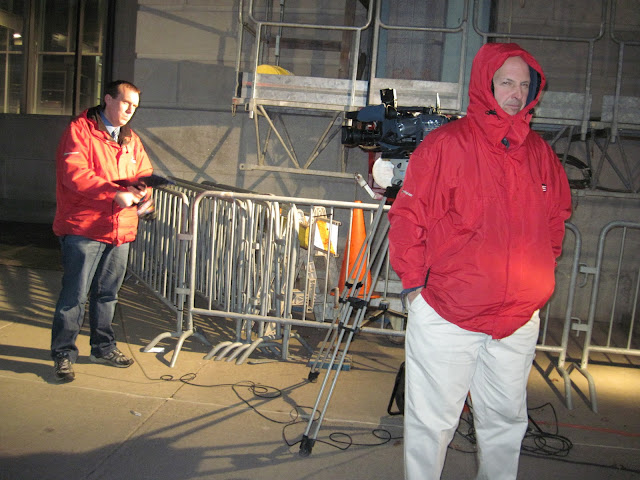 It is one of the most frequently asked questions:  Do you get along with people at the other station?

This is a shot of Eric the reporter and Joe the photographer.  I took it last Monday morning in front of the Federal Courthouse in downtown Scranton.  It's payback.  Eric took a photo of me and he says he put it on his Facebook site.  I'm not a Facebooker, so I don't know if it actually made it.

Eric is one of the nice guys in the business, and an extremely hard worker.

The same goes for Joe the photographer.  We grew up in the same town.  We worked together in a previous life.

It is possible to be both friends and competitors.