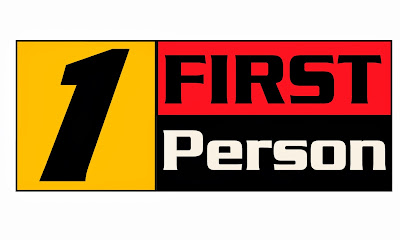 My Tuesday morning assignment was simple enough, and one I've done several times before-- another homicide in Wilkes-Barre.  This one was the 13th of 2013, an astounding number for a city the size of Wilkes-Barre.

All the information was available on-line, and from the Newswatch 16 crews that worked the story the night before.  A woman was dead.  A young man was under arrest.

You would think the powers that be would like to trumpet the fact that an arrest was made quickly.  An alleged bad guy is off the streets, where he can do no harm.  Yes, that's what you would think.  Think again.  The suspect was hustled off to jail.  Those in charge were quick to disperse.  I strongly suspect, they gave up the opportunity to tout the good police work that led to the arrest because they didn't want to handle the questions that would follow.  Questions like "Why is this still happening?"  "Why can't you get a handle on Sherman Hills?"  "What good are all those cameras?"  "How do we stop this?"  "How can you attract businesses and residents to Wilkes-Barre when there's the appearance of an out of control crime problem?"

Okay, city and county officials, you know the questions.  You know where to find me when you want to answer.  Name the time and place.  I'll be there.

The mayor answered some questions later in the day.  It really wasn't anything we hadn't heard before.  In all fairness, he can't be held accountable for the deterioration of society.  On the other hand, the powers that be aren't inspiring much confidence in their abilities, either.

After our last live update for Newswatch 16 This Morning, it was time to switch gears.  Nothing new was happening with the homicide.  It would be another few hours before we could get a look at the arrest papers.  We have ample manpower in Wilkes-Barre to take over the story.

A producer, an assignment editor, photographer Corey Burns and I all agreed.  Let's move on to the snow.  It was still falling.  School cancellations and delays were piling up.  We were getting e-mails and calls about problems in the Moscow area, and that's where we headed.  The photo you see above is Route 690, near the schools, in Moscow.

We found vehicles scattered about Interstate 380, accidents, crawling traffic, tow trucks and Penndot trucks.  The video was there.  The interviews were there, and it all came together rather quickly.  We hustled back to the office and put together a "Travels with..." story for our noon broadcast.

I'm a rather harsh critic of my work, but I was happy with how this one turned out.  Thanks Corey, and those who chose to share their snow stories.  I'm sure there will be a few more of those before spring arrives.
AT 12:00 AM