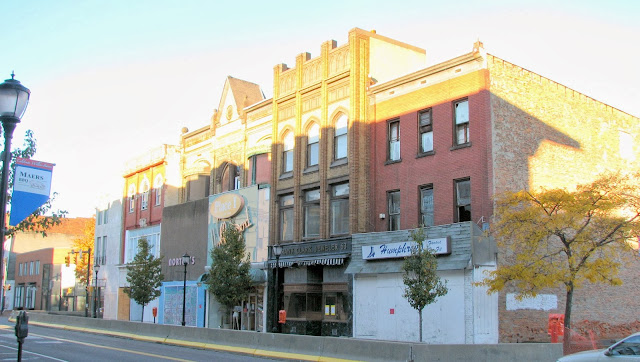 When will Wilkes-Barre and Luzerne County learn?

Time and again, we've seen historic old buildings deteriorate until the point they have to be condemned and demolished.  It's happened to the Hotel Sterling.  The Irem Temple on North Franklin Street and the old New Jersey Central train station on Wilkes-Barre Boulevard are on the endangered list.  Both are rapidly deteriorating, while officials sit on their hands and do little, if anything.

Last week, Wilkes-Barre condemned the cluster on South Main Street you see above.  The mayor says the buildings are in danger of falling down.  The really sad thing here is Wilkes-Barre owns some of the buildings.  Someone was asleep at the switch for allowing the deterioration to get to this point.

There are two businesses here, and both fear their days are numbered.  Government failed them.  It's also failing our kids because we're losing chunks of our history on a weekly basis.
AT 12:00 AM