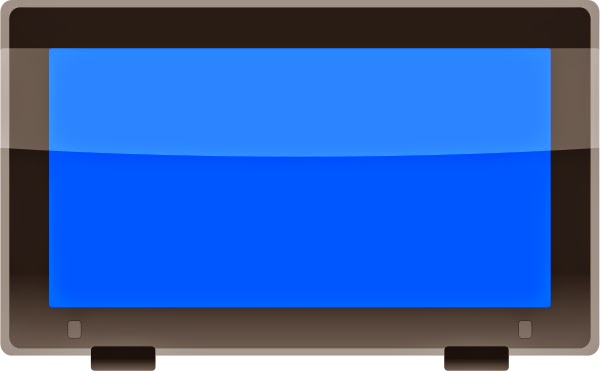 I look at late night television a little differently than most people.  For the majority, it's the last thing they see before they go to sleep.  For me, it's the first thing I see when I get up.

Yes, it used to be CNN or Headline News upon awakening, but those networks no longer do news.  Headlines come from web sites.  I use the TV for a laugh.

Like most Americans, I was a Carson guy.  There was no other.  David Letterman's 12:30 AM NBC show was fresh and different, albeit a little rough around the edges.  Letterman wasn't the best interviewer back in the early days.

I could never warm to Jay Leno.  Competent.  Amusing.  But, he was missing something.  I switched to Letterman on CBS and stayed there.  The early years of Letterman on CBS were very good.  He made the most of the Ed Sullivan Theater and the surrounding neighborhood.  The show had energy.   Somewhere along the line, Letterman became a cranky old man.  It was fun in short bursts-- not for the long haul.  He just looked like he didn't want to be there.  Over the past few years, Letterman appears to have mellowed.  Maybe it's because he sees the "exit" sign ahead.  He appears to be having fun, taking chances again, a bit more relaxed.  He'll leave in May at the top of his game.

CBS put a 12:30 AM show on the air in 1995.  First, it was Tom Snyder, a delight.  Excellent interviewer and story teller.  Craig Kilborn followed.  Meh.  I watched because I was never a Conan guy, and Kilborn seemed to book the most pretty starlets and super models.

Kilborn stepped aside and Craig Ferguson walked in.  I was thrilled, having been a big fan since the Drew Carey Show days.  Ferguson was way out there, and it drove me away for a while.  Too bizarre, too many puppets.  He really broke the talk show mold.  I rediscovered the Late Late Show a couple of years ago.  Ferguson refined his act, but he was still out there.  It was the only show to have a gay robot skeleton and a fake horse as sidekicks.  You could tell if Ferguson liked a guest.  It wasn't an interview.  It was a conversation.  Craig Ferguson could have tightened it up and been a hit as Letterman's replacement, but the toothpaste was out of the tube.  There was no way, in the minds of many, including CBS, he could shake the "out there" persona.

That brings us to Christmas week.

Letterman's annual Christmas show, 12/19, was simply outstanding.  It was highlighted by the yearly Darlene Love performance, backed by a full orchestra.  In addition to the music, here's what made it work for me.  Paul Shaffer, the CBS Orchestra, and all the extras, looked like they were having the time of their lives.  It was fun.  It was Christmas.

The night before, Letterman's replacement, Stephen Colbert, did his last Colbert Report.  I always found The Colbert Report mildly amusing, and was never a regular viewer.  At the close of Olbermann 12/18, he did a plug for that night's Colbert finale, so I punched it in "on demand."  The opening segment was excellent.  The middle was weak.  The closing musical number, featuring a celebrity cast of hundreds, was outstanding.  It's available on-line.  Watch it.  Colbert will have to be himself, and not play a character, on CBS.  I think he'll hit it out of the park.

Craig Ferguson did his finale 12/19.  I thought it would be tough to top Colbert, but Ferguson did it.  Yes, I'm biased.  The show opened with a song that was new to me, Keep Banging On.  Wow!  It was part video clips, part lip synch, and it ended with Ferguson singing.  Again, it's on-line.  Watch it.  It was a great song and it fit the moment.  Outstanding message and performance.  The song was right off the top of the broadcast, a "cold open" as we say in the biz.  You didn't know what was going to happen, and watching Ferguson sing the second half was a huge surprise.

Ferguson's last guest was Jay Leno.  It's where I thought the show fell short.  There's nothing like two millionaires complaining how tough it was to sit behind a desk and ask questions.  The final segment mixed Newhart, the Drew Carey Show, The Sopranos, and St. Elsewhere.  You really have to see it.  It puts the perfect period at the end of the sentence.

Good night, Geoff Peterson.  If you watched the finale, you know what I mean.
AT 12:00 AM