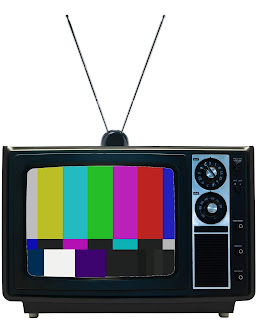 Curiosity got the better of me.  It always does.  I punched up the updated "Murphy Brown" premiere on my cable system's On Demand system the other day.

I was never a huge fan of the original.  I did watch from time to time, never a steady viewer.  It did provide a little charm, and an occasional laugh.  Candice Bergen can do comedy.  I liked the producer and network executive characters.  Murphy always seemed to be in trouble for something, and I really enjoyed that.

The reboot was pretty much as I expected-- a half hour of bashing one side of the political spectrum.  The parts about struggling with new technology were cute.  I can relate.  Miles, the producer, is still funny.

It was the heavy handed politics that got to me.  I could have withstood a tweak or two.  Carson tweaked.  Letterman tweaked.   Bob Hope tweaked.  Bashing, regardless of the target?  I'll pass.  It's just not fun.

I will admit that I'm in the minority.  Stephen Colbert bashes on a nightly basis, and he's ridden that to the top of the late night ratings heap.  FOX News channel bashes.  The same goes for MSNBC.  The attack different targets.  Both cable news networks are doing well.

It comes down to this.  When I punch up an entertainment shows, I want an escape, just for a little while.  It's possible to do a semi-reality based show like "Murphy Brown" without hitting me over the head with a political point of view for a half hour.  There are plenty of other options, like those zombie shows.  Drama isn't my thing.  I need a laugh.  It's just so difficult to find a good one.