The Rest of the Story

...with apologies to Paul Harvey. 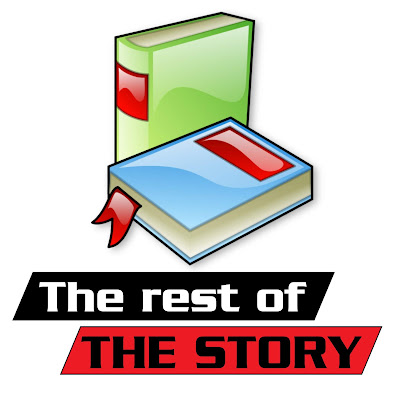 I opened the door to this with last week's piece on the passing of Harry West, so I might as well finish the story.  It deals with my stint as one of the news people on Harry's WARM morning show.  Glance through it again to get you up to speed.  So much of this stuff has been private-- until now.

I started part time at WARM in 1981.  I went full time on January 1, 1984.  Several years later, I became restless.  WARM was meandering, in search of direction and AM radio was on the decline.  I took a part time TV job in March of 1990.  So, that meant I was working radio six days a week, and TV on the seventh, plus the occasional extra TV shift during the week, after my radio work was done for the day.

The TV station offered a full time job in the fall of 1990.  I thought about it long and hard, and turned it down.  I thought the WARM horse still had a few laps around the track left.  I had the best job in radio.  I took home a company car and gear.  I set out every morning around 9, in search of adventure.  I'd cover three or four stories a day, bouncing all over Luzerne and Lackawanna counties, occasionally Harrisburg.  It was great fun.  I had my giant microphone with the giant logo at the top.  You couldn't ask for anything more.

Let's move on to the early spring of 1991.  The station wanted a fresher sound in the morning.  I was taken off the road to be one of the morning news anchors.  Long time morning anchor Jerry Heller was moved to afternoons.  I shared news duties with Rod Raeger, who also had the task of guiding Harry West in to a news/talk format, and away from being music-centric.

As I said before, I was fine.  The station was fine.  But, this wasn't good fit.  I wasn't the right person for the morning job-- AT THE TIME.  I was intimidated and there was friction with some others on the staff, but I showed up for work every morning and did my best.  I think I'd hit the job out of the park now.  That ship, however, has sailed.  I'm very happy in my current job, and there aren't a lot of radio news jobs out there.

After a couple of months, Rod left and was replaced by Rob Neyhard.  Rob still does some fill-in work on WILK.  Great guy.  Rob spent the bulk of his time with Harry, so more of the news duties fell to me.  I'd get to the station around 2:45 AM and start banging out copy on busted up electric typewriters.

I was working 7 days a week.  Don't cry for me.  It was my choice.  The hours took their toll, especially those early wake ups.  The TV station offered another full time job in September of 1991, and I jumped at the offer.

Let's address the friction thing.  I reconciled with Jerry earlier this year.  He deserved better from the station, and from me.  My first boss, Ron Allen, and I had a falling out shortly after I left.  We never did bury the hatchet and it still bothers me.  He walked right past me at a mini mart one morning, and it hurt.  The legendary Terry McNulty, probably the most creative and funny person ever heard in this area, had me on his "you know what" list.  I declined to testify at his age discrimination trial.  I just wasn't comfortable.  I wasn't working at WARM when Terry had his issues with management.  This wasn't my problem.  It bothered me nonetheless.  I loved Terry.  We all did.  Terry really did teach me a lot about the use of sound and I will forever be grateful.  I did attend his memorial service several years ago.

I have tried to reconcile with a couple of others.  One success.  One failure, and you can't say I didn't try.  I don't know what more I can do.

Please don't get the wrong idea.  Everything wasn't my fault.  I am reminded of the words of the late great Tom Snyder, and I'll paraphrase here.  There comes a time to open the penalty box.

As for the hours I hated back then, well, I've been working those same hours for 21+ years at WNEP and 11 months at another station before that.  It seems to be much easier now.  I suspect it's because of better working conditions and I'm involved in a team effort.  It's not all on my shoulders.  I don't think I'd know how to function in a 9 to 5 job.

It's still a kick when people remember my radio work, even though it was a long, long time ago.  In spite of some bumps on the road, I consider myself very lucky.