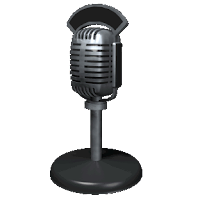 The promos hit the air Monday night, so I guess it's safe to talk about it now.

I got a chance to do a couple stories I've wanted to do for a while now. Radio has always been an interest, even when I was a tyke. I admire those who can sit in a tiny, often windowless room, and be funny and entertaining day after day after day. It's not as easy as it looks, or sounds.

I narrowed it down to two: Frankie Warren at Magic 93, in the Wilkes-Barre/Scranton area, and Gary Chrisman, who works at Kiss FM in Williamsport.

Frankie worked across the hall for a while when I was at WARM. I met Gary for the first time last week. Both are impressive people. Even though you listen to them every day, I think you'll enjoy getting a look at what you ordinarily don't get a chance to see.

The Warren profile airs at 6 pm Thursday. Chrisman's follows in our 7 pm broadcast.

There are a few other radio folks I'd like to visit. Good Lord willing, we'll get a chance to do those pieces down the road.

There are some things to keep in mind as you watch the stories. First, Warren and Chrisman make it look easy. It really isn't. Chrisman has some great interaction with his co-host Gail Bair. He's lucky to have some good chemistry with a co-worker.

These are not what you'd call "video rich" stories. It's people working in the tiny rooms that I mentioned earlier. Photographers Dave Jones and Tom Durant, and editor Steve Smallwood deserve a lot of credit for their creativity. Thanks, guys.
AT 12:01 AM