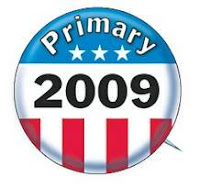 For the most part, voter turnout was low yesterday. That's disappointing. I'll spare you the lecture.

As for the results, well, here's my take on a few things.

Scranton Mayor Chris Doherty is usually a very confident man. I didn't smell it yesterday, and many people I spoke with hesitated to call the election. Most expected a rough ride, and no one would have been surprised if Gary DiBileo won. It turns out Doherty won, fairly easily.

What does it show? A party's endorsement is nice, but you can win without it. Doherty has a well organized and very loud group of detractors. They are not to be taken lightly. Doherty's people are a little quieter, and obviously, they made sure to get to the polls. A huge campaign war chest is important, and Doherty had a ton of money to spend. Chris Doherty likely becomes the city's first three term Democratic mayor since 1953.

Even in defeat, there's victory. It's possible the campaign was an eye opener in some fashion. Doherty found the areas where he's weak, and where people want more attention. That could force some changes in the next four years. On top of that, it will be interesting to see how much slack the mayor gets from council. Many council members are not in the Doherty camp.

I see where Luzerne County voter turnout was around 35 per cent, even with the home rule question and 17 judicial candidates on the ballot. I thought more people would want a say in the "new" county court structure.

I had no idea how the judicial race would turn out, but I thought Joe Sklarosky would do better. He spent a ton on advertising. The TV commercials were good. He has a well known father, and the son enjoys a good reputation.

Other than that, it's nice to see some political newcomers do well, all across our area. It's clear some of the old ideas aren't working as well as they should, even though experience is important.

Some fascinating races are shaping up for November. It should be a fun ride.
AT 3:20 AM