I Almost Bought One 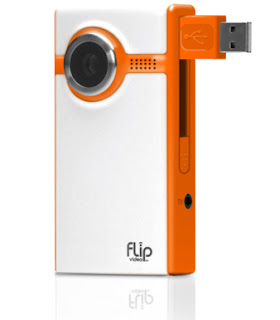 Cisco announced yesterday that it's shutting down its Flip camera division.  It's not selling it.  It's closing.  Done.  Out of business.

Cisco said that while Flip dominates the small camcorder market, the market is too small to make a profit.

What killed Flip?  Smart phones.  People have phones that can do it all, and a device that just shoots video is obsolete.

I considered buying a Flip last year.  They really came down in price, and they looked like fun.  I then realized there's nothing I really wanted to record.  A still camera is all I need-- and the still camera can shoot video.  So can my iPod.

It really is too bad.  We had a couple Flips around the office.  They're easy to use.  Getting the video in to a computer and doing basic editing is simple.

Cisco added that while it will no longer manufacture the cameras, it will still offer support.  You can still get a Flip type camera from a few other manufacturers.