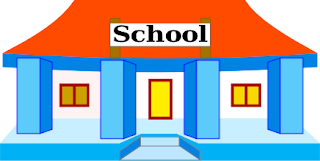 The Scranton School District budget story dominated the December headlines, and it shows no signs of going away.

To quickly get you up to speed, due to years of bungling and mismanagement, the Scranton School District wound up $19 million in debt.  State officials blasted the Scranton operation and they're threatening a state take over.  The state did reward the people who have proven they can't handle money a $2 million gift.

Just after Christmas, the school board okayed a tax increase and firing 89 people.  Those 89 teach specialties.  Other teachers will have to pick up the slack.  The layoffs hit at the end of the current school year.

There were a couple of public meetings in December.  Everyone complained.  A few offered solutions.  I don't mean to rain on their parade, but those money saving suggestions are a drop in the bucket.

The cuts will hurt-- a lot.  Other than making future generations pay the bill, has there been a realistic money saving solution?

It's going to come down to this.  If you want your child to have physical education, you're going to have to make time to play in the park.  Arts and music?  Private lessons.  I realize not everyone can afford the time and the money.  That's why this situation hurts so badly.  Kids will suffer.

There is more.  There are several old buildings in the Scranton School district.  Those buildings will eventually need repairs-- or replacement.  Once the current set of bills is paid, more are coming down the pike.

Scranton is the first.  I can see other districts having the same problems in the not so distant future.
AT 12:00 AM