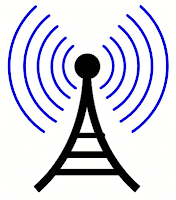 In the business, we call that a "stunt." It's designed as a transition, and something to get people talking. It worked. I actually heard a couple discussing it at the post office Tuesday morning. The Beatles thing is supposed to sound like a traditional format until a change is made. A radio message board predicts the new format will be unveiled today.

WQFM wasn't a bad station, but it never really took off. Did I listen? Yes and no. I'd stick around for a while if something good was on when I hit "scan" on my car's radio. On the other hand, it wasn't a station I actively sought out. 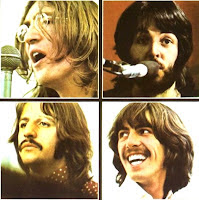 What comes next? Your guess is as good as mine. This is a tough radio station town. Pick a format, and there are already at least two other stations doing it.

I became a satellite radio fan about six years ago because of the consistency. When I punch in the 70's channel, I get 70's music, and it's going to stay that way. The sports talk stations always have sports talk. There's no interruption for play-by-play of teams that don't interest me. The loss of local news and weather really isn't a factor because over-the-air radio stations around here have cut way back on that. It's like their management is saying "we don't care if you go someplace for your entertainment and information." The internet takes care of the information part. I choose satellite for my entertainment while others have turned to things like I-Pods and MP3 players.

Traditional radio still commands a big market share, but it's slipping, and it's not hard to see the reasons.

>>>UPDATE<<< The station flipped to oldies this afternoon, a format it abandoned a couple years ago. Everything old is new again.
AT 12:01 AM