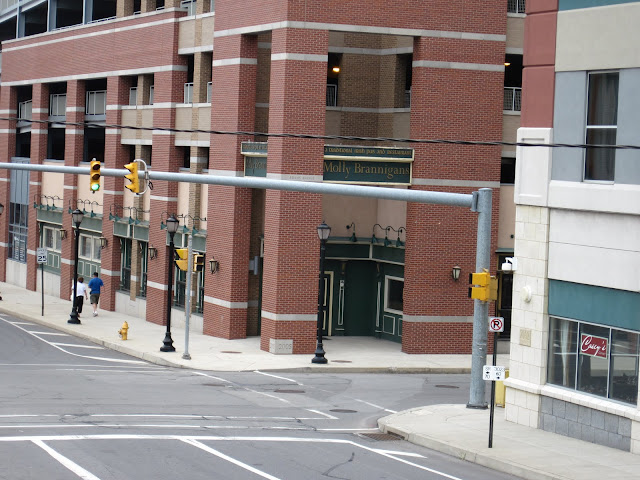 Molly Brannigans pub at Lackawanna and Adams in downtown Scranton closed one year ago.

The owner left town, leaving behind a trail of unpaid bills.

In a recent Erie newspaper story, he blamed the allegedly hideous economic climate in Scranton for the pub's demise.  I was never there, but I rarely heard anything good about the place.

Like most things, the truth lies somewhere in the middle.  I'm sure the depressed situation in Scranton played a role in the closing.  High prices, mediocre food, and bad service were also likely factors.

What's done is done.  One of my former stock brokers used to say that's "dead money" and it's time to move on and look forward.

A Mexican restaurant was announced for the site, with great fanfare.  The operation was even granted a temporary liquor license, so it could take advantage of St. Patrick's Day parade crowds.