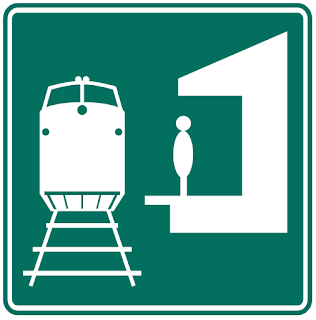 It's been well established here that I like trains.

For years, they've been kicking around plans to reestablish passenger rail service between Scranton and Hoboken, NJ.  It's widely believed that this would make things easier for Poconos commuters to get to New York City.

Some recent developments, on the New Jersey side, indicate a rail connection is far from a certainty, and if it does happen, it's several years away-- at best.

I'm skeptical.  If you look at the distance of the line, coupled with the number of stops necessary along the way, it would take an eternity to get to work-- and home.

I have nothing against mass transit, and it would be nice to grab a train close to home.  Still, money could be better spent elsewhere.

The last few months have taught that the future is in working from home and not on a train through the Poconos and New Jersey.