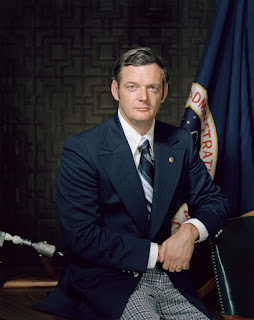 There are times when our area disappoints me.  We worship bad and dreadfully unfunny sitcoms just because they were set in the area.  There are endless tributes to endless politicians, whose main claims to fame are the way they spent your money.

Glynn Lunney, an Old Forge native died Friday.  He was NASA flight director from the Apollo era in to the space shuttle program.  Lunney played a big role in the moon landings and in the rescue of Apollo 13.

As I was telling one of the young people on the staff, watching the space program in the 60's and 70's was a great time to be a kid.  It was fascinating.  There was great pride in American achievement, and we really needed it during the Vietnam War, assassinations, and unrest on the streets.

I remember a line from an Apollo 13 documentary.  It said our greatest success wasn't getting men to the moon.  It was getting them home.

We currently are pushing STEM, science, engineering, technology and mathematics at every opportunity.   Science has given us a life saving vaccine in record speed.

Let's celebrate the life and achievements of a man of science.   Send the message that science is important.

There should be a place on Courthouse Square in Scranton for Glynn Lunney.