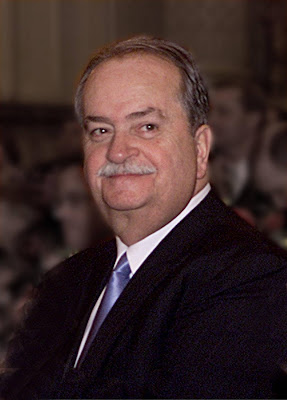 When you said "Gaynor," everyone knew who you were talking about.  He was State Representative Gaynor Cawley.  The retired public servant died Saturday at the age of 79.

We crossed paths a handful of times over the years.  One morning stands out.

It was January 1996.  We had snow and rain, and warm temperatures.  Flooding followed.  The Lackawanna River spilled over its banks.  Parts of Scranton, Cawley's district, got hit.  Hard.

I was on the anchor desk down the street on that Saturday morning.  It was a long and unscripted broadcast.  Representative Cawley phoned in, on the air, several times that morning.  He described the conditions, which were horrendous.  More importantly, and this is the mark of a true public servant, he was telling people where they could go for help.

My sympathy to Gaynor Cawley's family and friends-- and the thousands of constituents he helped over the years.