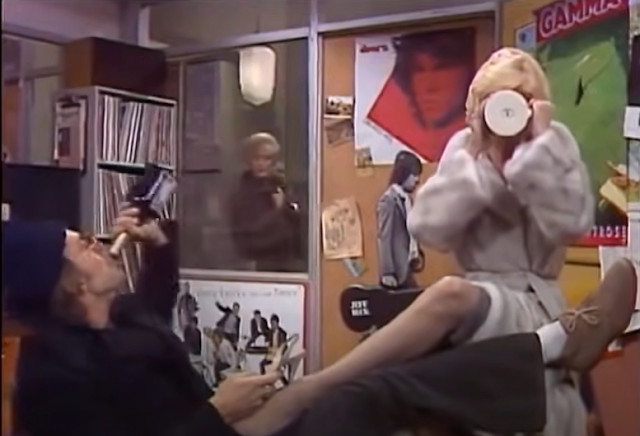 Someone finally did it.  They put my favorite "WKRP" episode of all time on You Tube.

It's called "Baby, It's Cold Inside."  It deals with the heat going off in the WKRP offices and studio, and an unexpected visit from Mother Carlson.  That's Mrs. Carlson looking in the studio, catching Dr. Johnny Fever drinking while he's on the air.

I won't go through the whole thing, in case you haven't seen it.  This episode checked all the boxes-- creative, hilarious, and even touching.

My "WKRP" complaint during its five year run was unevenness.    Most episodes were fair, some were weak, and a select few were side splitting hilarious.  This one was great fun, but it has a couple of moments that might bring a tear to your eye.  You will think about this episode any time you see violets.

I'm glad I watched it the first time, and I'm even happier I had a chance to see it again.  It gets better with age.