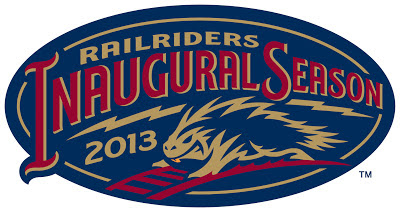 When faced with a choice, our local AAA baseball entity will invariably make the wrong one.

Since Mandalay came in, the team has been a public relations, un-fan friendly nightmare, and the trend continues with the selection of the team's new name.

The Yankees had to go.  No one really argued with that.  It wasn't "ours."  It was a symbol of horrible attendance, a lack of promotions at the stadium in Moosic and general cluelessness.

Several new names were under consideration.  The "winner" (word used loosely) was at the middle of my pack.  "RailRiders" allegedly pays tribute to Scranton's trolley past.

Real trolleys don't run here any more.  They haven't been around for decades.  There's one that makes short trips from Scranton to Moosic, but it's just for show.  There's a trolley museum in Scranton, which is fairly interesting.  However, I've never seem more than four people in there at once.  Connecting "Scranton" to "trolley" is a stretch, at best.  This isn't San Francisco.  Why not highlight something we have now?  Yes, I favored "Black Diamond Bears" even though there's a coal reference.

The gold, navy and maroon colors are okay, albeit a bit dark.

And then, there's the mascot-- a porcupine, an animal we see mostly as road kill.  In the RailRiders' logo, the spikey critter is on the tracks, so if he dodges the cars, he'll likely be flattened by the trolley.

When I think "trolley," that thing Mr. Rogers used to play with comes to mind.  RailRiders is not a strong name.  It's not tough.  The critter looks menacing and possibly rabid, if you can figure out what it is.  What does a porcupine have to do with a trolley, other than showing up in the team's survey?

Management promises the new stadium will be ready for opening day in April.  Novelty means really good attendance for the first year.  "RailRiders" will make drawing fans to Moosic a struggle in subsequent years.

At least, the new name doesn't have anything to do with coal mining.
AT 12:00 AM