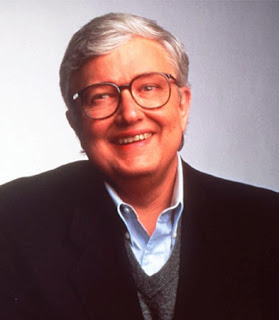 Film critic Roger Ebert lost his battle with cancer Thursday.  He was 70 years old.  Ebert had a blog on the Chicago Sun Times web site.  While most of us will remember Ebert's movie review shows on TV, he was also a gifted writer.

When I was going to a lot of movies, I'd read Ebert first, see the movie, and then re-read the review.  It happened all the time.  He'd pick out a scene or a moment that defined the film.  You'd learn something you might not have realized while in the theater.

A perfect example is "Juno."  There were moments of great suspense, when you wondered if Juno would actually give up her baby for adoption because the couple she chose was splitting up.  Ebert pointed to a scene, where the prospective mom, Vanessa, was playing with random kids in a mall recreation area.  Juno saw Vanessa would be a great parent.  While I wondered about Juno going through with the plan, Ebert didn't.  He knew Juno would give up her baby, even to a single mom, because of that scene.

Roger Ebert wrote things the critics would appreciate and understand.  He also wrote for the average guy who spends $ 10 on a matinee and a big soda.

On TV, during some often heated discussions with his partners, you could see Roger Ebert had a passion for good movies, and he was disappointed when efforts fell short.  You could also read his love for the craft.

The man was a genius and one of the most influential journalists of our time.