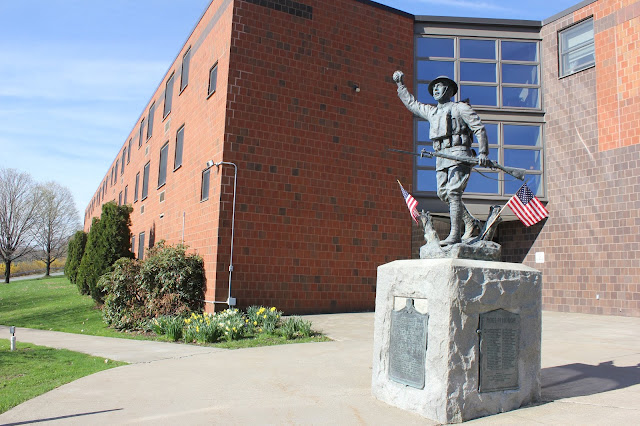 I must have passed this doughboy statue in Forest City dozens of times over the years and never gave it much thought.  Newswatch 16 recently did a story on a drive for money to repair and restore the statue, so getting there for a closer look rose to the top of my agenda.

I finally found a free, sunny day just before before April came to an end.

I always had a soft spot for doughboy statues, and I think that came from passing Duffy Park in Scranton so many times as a kid. 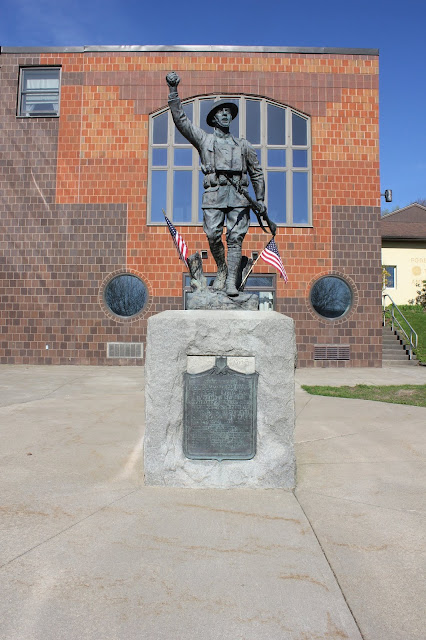 Below are a few paragraphs lifted from the statue's web site.


DEDICATED BYPOST NO. 524, AMERICAN LEGIONFOREST CITY, PA.IN MEMORY OF THEIRCOMRADES OF FOREST CITYAND VICINITY WHO OFFERED
THEIR LIVES IN DEFENSEOF HUMANITY IN THEWORLD WAR 1914 – 1918---------------THOSE WHO MADE THE SUPREME SACRIFICE(About 20 names, including 2 women)
A “ROLL OF HONOR,” with names of those who lost their lives in World War II is on the side below the Doughboy’s right foot and a plaque naming those who lost their lives in Korea and Vietnam is on the other side.

The Doughboy was dedicated July 7, 1927, when Public School #2 was at the location. The school burned in 1936 and was replaced by William Penn School.  After the schools were consolidated, the Doughboy was moved about 25 feet to the current location when the William Penn Apartments were built in the 1970s. It was extensively refurbished on site in 1997 by McKay Lodge Fine Arts Conservation Labs of Oberlin, Ohio.