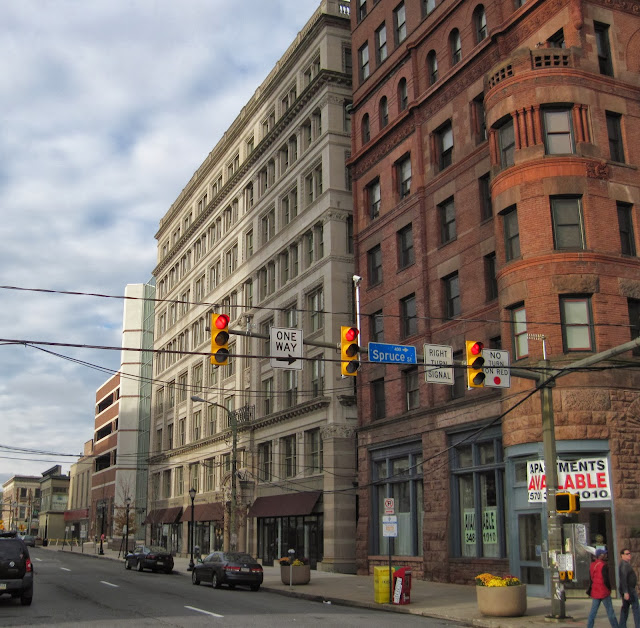 Downtowns are different these days.  They're no longer the major retail center they were when we were growing up.  A lot of people choose to live downtown, and that's a nice concept.

The building at the middle of the picture is the Connel Building on North Washington Avenue.  At one time, it was filled with stores and offices.  I remember walking into a lawyer's office there, one of the few remaining back in the day.  It was a trip back in time.

After millions and millions of dollars worth of renovations, businesses and offices are back on the lower floors.  Apartments above.

It's apparently a vibrant place.  I've spent many a morning on courthouse square.  People and their dogs are always coming and going early in the day, walking around the square, grabbing a coffee (the people, not the dogs).

I miss the big downtown retail days, but they're not coming back.  Living downtown appears to be the answer to a city's survival.
AT 12:00 AM