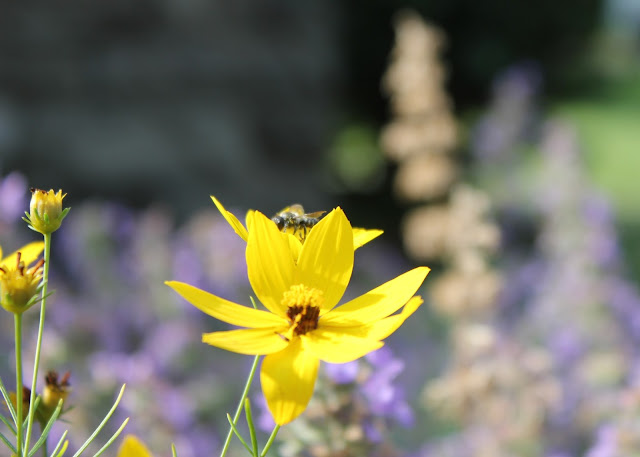 As I noted several months ago, the artsy bug bites once in a while.

I was in the move to attempt something pretty as I walked around the University of Scranton campus back in late June.  It took me several minutes of sitting on a hot sidewalk before I got what I wanted.  It's almost like the bee posed for the picture.

As expected, John Miller is leaving CBS news for a job in the New York City Police Department.  The guy has great sources in the law enforcement and intelligence communities, and it showed in his reporting.  I always learned something when he was on.  Miller was by Peter Jennings' side during 9/11.  It was a great team.  Miller knows intelligence and terrorism.  Jennings spent years in the middle east.

What's the problem in the Luzerne County District Attorney's office?  An investigation into allegedly stolen gasoline in Wilkes-Barre has been underway for a year and a half, and it still isn't finished?
AT 12:00 AM