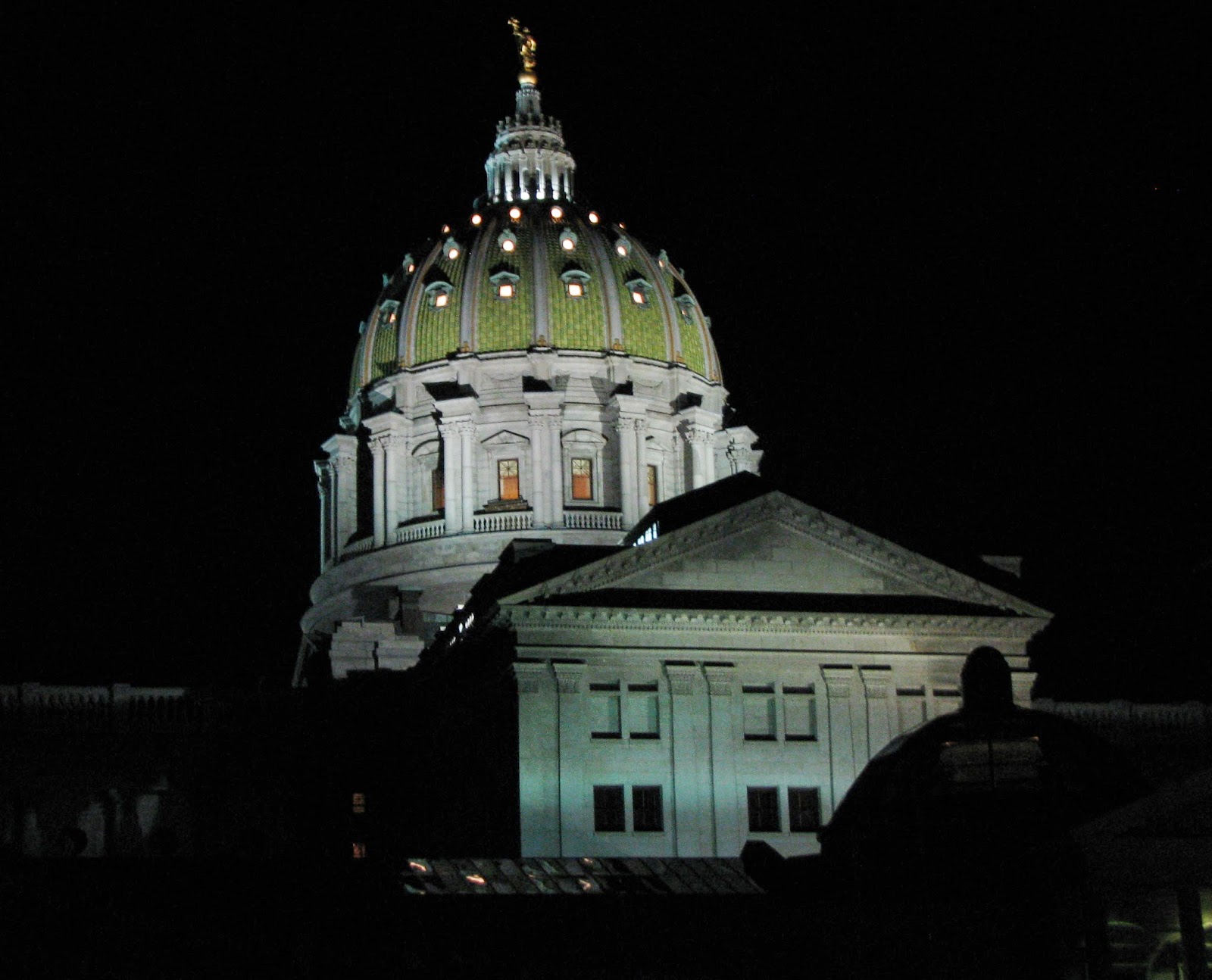 I was lucky enough to be live in Harrisburg the morning of January 20, to preview the Wolf inauguration.

This is a pre-sunrise shot of the capitol, from the east side.  Cold, clear morning.  Spectacular building.  It adds up to one of the Top Ten of 2015.

It's too bad state government was an unmitigated disaster this year.  The budget process was a mess.  Trouble at the top of the State Police.  The Kane saga.  Misplaced priorities in the General Assembly.  Dirty e-mails.  Chaos in the courts...

You deserve better.  Maybe it will happen in 2016.