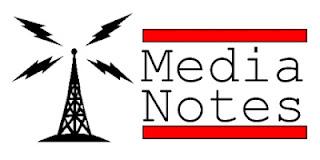 ABC is putting Jimmy Kimmel in Nightline's time slot, and vice versa in January.  I miss the golden age of Nightline in the 80's-- Ted Koppel, live, on the biggest story of the day, doing some great interviews.  Nightline eventually went to tape.  Koppel left in 2005.  The show went multi topic and light.  The ratings are good, but it's not the Nightline of old, and I'm not shedding tears over this.  Yes, I will always believe news comes first, but I'm not naive.  TV is a money business.  Maybe a later time slot will give the Nightline people the incentive to be edgy and take chances.

It looks like Michael Strahan gets Regis Philbin's old job on the LIVE! show.  I didn't watch when Reege was there.  The show isn't aimed at my demographic.  I read where Strahan works well with Kelly Ripa.  It could be his format.  I think Strahan doesn't bring much to the table on FOX NFL Sunday, a job he'll keep.

ESPN used Chris Berman on a preseason NFL game last week, and it will do it again on a Monday Night Game next month.  Why?  Chris Berman poisons everything he touches.

ESPN recently signed Brent Musberger to a contract extension.  Bravo!  I like Brent.  I met him once, in an elevator in Morgantown, WV, and he was very nice.

HBO's "The Newsroom" aired its season finale Sunday night.  There will be a season two.  Meh.  "The Newsroom" had its moments, but it was wildly uneven.

I'm sorry for the people of the gulf coast, but it was nice to see The Weather Channel actually doing weather this week.  Now, if we can only get certain meteorologists to curb the screaming hysterics.

I craved an information fix on the way to work, well before dawn, on a morning this week.  I looked down at my car radio dial and figured out there were just two place where I could get a top of the hour network newscast.  TWO!  I had choices in sports and tons of music, but only two places for network news, and neither really impresses me.  Given the current state of radio, I should be thankful I had two.

August 15 was the 100th anniversary of the birth of Julia Child, and one of the PBS digital channels recently played several of her old shows to celebrate.  Julia was far from a polished performer, but she had a charm and likability that you can't teach or bottle.   No TV chef on the air today even comes close.
AT 12:00 AM