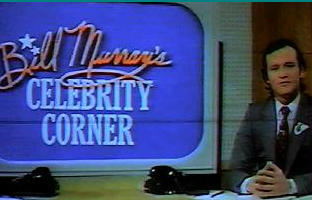 "The Price is Right" announcer, George Gray, is recovering from a heart attack.  No one knows when the show will go back in to production.  Let's hope for a speedy recovery.  USA Today reports it was some fairly serious stuff, but the worst appears to be over.  the paper says Gray is 53 and ran a mile the day before his heart attack.  Gray also hosted the syndicated "The Weakest Link" and did a great job.

Of course, if you are of my era, there is only one TPIR announcer and that is the legendary Johnny Olson.  He was the best game show announcer-- ever.

Richard Gere, who has relatives here in our area, is a father again, at the age of 70.  I guess there is still some hope.

Kim Jong Un, the North Korean dictator is apparently having some health problems.  North Korea won't say.  There are unconfirmed reports the dictator is brain dead, not a joke.  It reminds me of the days when the Soviets would say one of their leaders has a cold and the funeral would be the next day.

Record ratings for the NFL draft on ABC, ESPN and the NFL Network.  It's just more proof Americans will watch anything, and we really do miss sports.  I would like to be a network office when televised sports get the green light.  The orders for commercials will pour in.

I know's I've said it before.  I really miss David Letterman and Craig Ferguson.
AT 12:00 AM