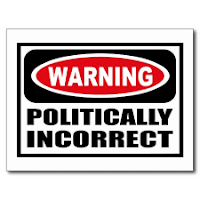 The recent passing of a former radio co-worker started me thinking about the old days, and how some innocent behavior back then would really land you in hot water today.

It started well before my tine at WARM, and it was a big part of my 80's era.  I don't recall the exact name of the tourist promotion agency that sponsored it, but every winter morning, a woman would call the station with that day's ski report.  We would record it and broadcast a couple of times in the morning.  WARM didn't name her.  She referred to herself, on the air as the "Pocono Snow Bunny."  Looking back, it was sexist.  At the time, no one said a word.  It was harmless, and a pretty good marketing tool.  People might not have remembered every word of the ski report, but they knew it was delivered by the "Pocono Snow Bunny."

If you tried that today, there would be picketing at the studio.

Jumping ahead, I'm a huge fan of the 90's sitcom "NewsRadio."  97 episodes, and most were clever and wickedly funny.  Having said that, the Jon Lovitz episodes were beyond awful.

The show was more about the office personnel interactions rather than the business of radio, and the vast majority of things that happened in that office would land you a trip to the Human Resources department today.  It's almost like "NewsRadio" is a training film on how NOT to act in the workplace.