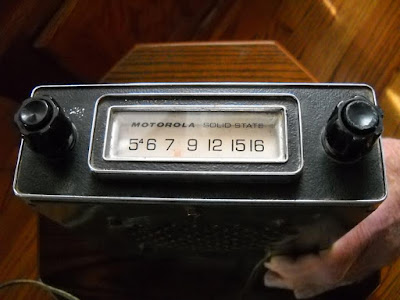 Thanks to streaming, Amazon's Echo, my smart phone, and even my trusty old IPod, I can hear any song at any time.

Yet, I have a habit I cannot break.

If there is a song I like on the car radio, I will linger in the car, even after I've reached my destination, until the song is over.  In the old days, you'd never know when you would hear it again.

I have made at least one adjust to modern times.  When I get home, I call up that favorite song so I can hear it yet again.

Speaking of radio, Howard Stern signed for another five years with Sirius XM.  I'm sure he's being paid a fortune.  I have a subscription, but Stern isn't part of my package.  It's just not worth the cost for his rare appearances.  Stern does produce compelling radio and I might consider subscribing if he goes back to four or five days a week, but that's not going to happen.

And Radio Disney leaves the airwaves early next year.  Kids, it's a streaming world.  Radio Disney owned a couple dozen radio stations and several more affiliates.  It was radio aimed at young people.  Not a bad idea, but it never really took off.  Disney has sold all but one station and it should be on the block soon.  36 people lose their jobs.